Dublin is a dynamic city, small in size but brimming with things to do. Super accessible on foot, the city offers endless opportunity for adventure and exploration.

While many people come to Dublin to see the main attractions—the Guinness Storehouse, Trinity College, and Temple Bar, for example—there are an awful lot of amazing places off the beaten track.

Hop On Hop Off Bus

A Hop On Hop Off bus is a great introduction to the city and there are a few options to choose from in Dublin. Spend a day exploring every inch of the city, taking in the sights and getting a real feel for the buzz of the city.

Learn all about how this iconic beer is brewed, learn how to pour the perfect pint and then enjoy sipping it while taking in the breathtaking view in the Gravity Bar.

There’s little more Irish than a great whiskey. Learn all about the Jameson Distillery with a tour and whiskey tasting.

Poolbeg Lighthouse is an active aid to navigation at the mouth of the River Liffey, near Poolbeg, Dublin. First established in 1767, it initially operated on candlepower but this was changed to oil in 1786. It was re-designed and re-built into its present form in 1820.

Dublin Bay is a C-shaped inlet of the Irish Sea on the east coast of Ireland. The bay is about 10 kilometres wide along its north–south base, and 7 km in length to its apex at the centre of the city of Dublin; stretching from Howth Head in the north to Dalkey Point in the south.

Trinity College and the Book of Kells

A must see for anyone visiting Dublin, explore the iconic 18th century buildings of Trinity College and the historic Book of Kells.

The Irish Sea separates the islands of Ireland and Great Britain; linked to the Celtic Sea in the south by St George’s Channel, and to the Inner Seas off the West Coast of Scotland[4] in the north by the North Channel, also known as the Straits of Moyle.

The comedy and tragedy of Oscar Wilde is preserved in a Dublin park, captured in a sculpture of colorful stone.

Visit the largest enclosed public park in Europe and you might even be lucky enough to sight a herd of the resident deer. Phoenix Park is also home to the Dublin Zoo

Iustitia, Justitia or Lady Justice (Latin: Iustitia, the Roman goddess of Justice, who is equivalent to the Greek goddess Themis) is an allegorical personification of the moral force in judicial systems. Her attributes are a blindfold, a balance and a sword. She often appears as a pair with Prudentia, who holds a mirror and a snake.

The personification of justice balancing the scales dates back to the Goddess Maat, and later Isis, of ancient Egypt. The Hellenic deities Themis and Dike were later goddesses of justice. Themis was the embodiment of divine order, law, and custom, in her aspect as the personification of the divine rightness of law. However, a more direct connection is to Themis’ daughter Dike, who was portrayed carrying scales.

Day Trips to the Coast

The coast towns of Howth, Malahide, Bray, Greystones and Dun Laoghaire are just a short DART ride away and have lots to offer including seaside walks, beautiful parks and delicious food markets. 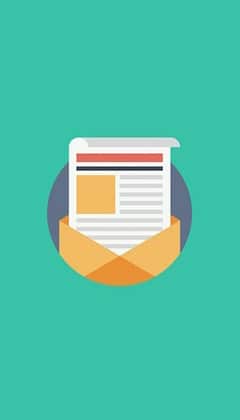